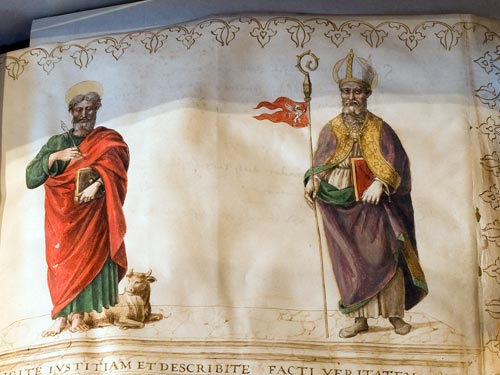 The situation changes completely at the beginning of the 1700's, when the operating paper mills decrease to three. The decline of the art is due to the new excise, imposed by the 'Reverenda Camera Apostolica' Reverend Apostolic Chamber, that adds from three to fifteen 'paoli' on each ream of paper exported. In effect the loss of competitiveness depends also from the shortfall of modernized production techniques concerning the whitening process, softer paper sizing, the perfection of printing and design paper, improvements successfully introduced by the French, German, English and Dutch industries, that succeed in placing more qualified and competitive products on the marketplace as compared to the Fabriano paper makers. The decline of the local craft, accentuated in the course of the Century, emphasized even in the relationship of the various apostolic visitors dispatched by the central government to Fabriano to attempt to restore the economy and to reform the tributary system. The end of the 18th Century provides the first signs of an upsurge in trade, and in 1786, in order to favour this rise, Monsignor Francesco Marazzani, governor of the city, arranges for the exemption of the excises for the manufacturing activities in order that the primary manufacturing sector is no longer assailed with extra financial burdens. In 1796 among the main industries 6 paper mills are revived with 148 employees, 2 felt factories with just 12 employees; the once flourishing wool industry survives with 3 hosiery plants and 27 employees. The inhabitants of the central urban area, in the same period, are only 6033, those of the outlying district 12143.